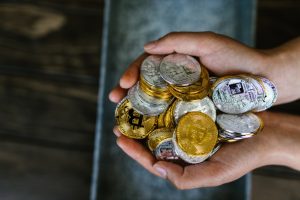 Cryptocurrency is taking over the world. Bitcoin is now legal tender in El Salvador. Countless companies now accept cryptocurrency as payment. Twitter founder Jack Dorsey’s first-ever tweet sold for $2.9 million as an NFT. Yet things are just getting started.

In the past two years, fan tokens emerged to the delight of sports fans everywhere. Teams released unique tokens, and many are now highly valued. When 60,000 units of FC Barcelona’s BAR token were released in June 2021, they sold out in just two hours.

Since then, football clubs, basketball teams, and even e-sports leagues have released their own fan tokens. This may just indicate that fan tokens are the next big thing in crypto. Here’s why.

What are fan tokens?

In brief, fan tokens are unique cryptocurrencies that, much like regular cryptocurrencies, can be often be bought at exchanges — or otherwise on dedicated fan token platforms. However, they don’t act as a means to pay for goods or services. Instead, they’re all-access passes to sports teams. Owners of fan tokens can influence the decisions of their favorite teams, unlock VIP rewards, and even be recognized as superfans.

One thing they have in common with regular cryptocurrencies is that they can be used as a store of value. The price of fan tokens is also subject to the same volatility as cryptocurrencies like Bitcoin — which in 2021 reached an all-time high of $65,000 as well as a low point of $30,000. With all the hype currently surrounding fan tokens, investors may be interested in backing crypto’s latest iteration.

Why are they unique?

Despite their similarities to both regular cryptocurrencies and NFTs, fan tokens are quite distinct. We discussed that unlike cryptocurrencies such as Bitcoin, Ethereum, and Ripple, fan tokens serve a particular purpose for the teams they belong to and the fans that follow them. Fan tokens also differ from NFTs when it comes to the fungibility factor — or in other words, how replaceable they are.

NFTs are non-fungible because they give owners the sole right to a single digital asset. On the other hand, all fan tokens serve the same purpose. Consequently, you could even trade fan tokens with a friend, even if those tokens belong to different teams. Fan tokens are definitely a new twist to crypto assets as we know them, and they’re proving to be beneficial to both fans and sports teams thus far.

Why are they loved by the sports world?

Fan tokens boost engagement and loyalty to a team. No matter where they live, sports fans can buy tokens and closely interact with their favorite team. Simultaneously, sports teams tap into a wider global audience. Those with more fan tokens hold more influence on a team, driving fan engagement — and team profits — even further. By utilizing tokens to make the most out of the globalization of sports, these teams open doors to new opportunities.

This is especially true where sponsors are concerned. Growing an audience in various parts of the world means larger audiences, which ultimately make teams more appealing to sponsors everywhere. With new streams of revenue and an upgraded business model, teams can then offer more premium benefits to fan token holders in real time. Ultimately, it’s a win-win situation — and that’s what makes fan tokens so appealing.

Just recently, we speculated about whether cryptocurrencies could become as important as the Internet. Today, we know that these digital assets are well on their way there — and fan tokens are helping them along.

2021 Is the Year of Gaming Handhelds